I’ve heard this about CRT often lately. But quite clearly, visibly, and overtly, CRT scholars reject the “myth of inferior peoples” (Dr. King’s description of racism); that is, CRT rejects the claim that races can relate as superior or inferior, whether according to body, mind, morals, culture, or behaviors, and therefore even current social and economic maldistributions are not primarily attributable to supposed racial difference. According to CRT founders Mari Matsuda, Charles Lawrence, Richard Delgado, and Kimberlé Crenshaw,

as critical race theorists we adopt a stance that presumes that racism has contributed to all contemporary manifestations of group advantage and disadvantage along racial lines, including differences in income, imprisonment, health, housing, education, political representation, and military service. Our history calls for this presumption. (Words That Wound, p. 2)

And, according to CRT scholars, every race is capable of sharing in and participating in this racism:

Americans share a common historical and cultural heritage in which racism has played and still plays a dominant role. Because of this shared experience, we also inevitably share many ideas, attitudes, and beliefs that attach significance to an individual’s race and induce negative feelings and opinions about nonwhites. To the extent that this cultural belief system has influenced all of us, we are all racists. At the same time, most of us are unaware of our racism. We do not recognize the ways in which our cultural experience has influenced our beliefs about race or the occasions on which those beliefs affect our actions. (Charles Lawrence III, “The Id, the Ego, and Equal Protection,” p. 322)

END_OF_DOCUMENT_TOKEN_TO_BE_REPLACED 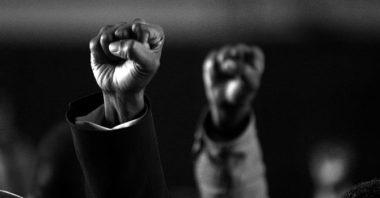 In our last post, I addressed Dr. Carl Trueman’s claim that Critical Race Theory (CRT) assumes the premise that “life is a zero-sum game.” I further critiqued his understanding of CRT and racial “power” dynamics, digging into the ideological history of “Black Power” vs. “Liberal Integrationsim.”

Today we move onto his sixth claim and conclude this series. (I will note again that these posts are intended to be read in order; please see Part 1 for the general introduction to the series.)

And, last, (6) CRT claims to offer a “comprehensive explanation for all the evils we suffer.”

To my lights, the most appropriate answer to Dr. Trueman’s final claim here is simply, “Where?” Where does any CRT scholar claim this? In what way does CRT ideology even suggest this to Trueman? I simply have no idea.

My best guess is that Trueman is conflating a totalizing interpretation of, for example, traditional Marxism, or maybe even the Frankfurt School, with Critical Race Theory. This would be consistent with the error of most of his other claims, so probably a good guess. As stated before, his critiques, though weak and fundamentally unargued, might be better suited for some figures in the European critical tradition, including some of their White American Left offspring. If you recall from Part 3, CRT scholar Robert Williams offered a critique of Critical Legal Studies’ (CLS’s) Eurocentric reading of “rights” discourse that proved similarly illuminating for understanding Dr. Trueman’s failed critiques of CRT. Again, we read,

END_OF_DOCUMENT_TOKEN_TO_BE_REPLACED

In our last post, we grappled with Carl Trueman’s claim that CRT is just Marxism with “class” replaced by “race.” I showed that CRT, following CLS, rejects this “vulgar Marxism” as both “essentialist” and “racialist.”

Today we move onto his fifth claim. (I will note that these posts are intended to be read in order; please see Part 1 for the general introduction to the series.)

(5) “Critical race theory rests on simple, therapeutic premises,” including that life is a “zero-sum game”: “Some people do not have power. They struggle and do not ­flourish. This happens because somebody else has seized power from them and oppresses them in an ongoing and unrelenting way.”

To begin with, no CRT scholar I’ve ever heard of “portrays life as a zero-sum game.” I think we could leave this at “citation needed,” were I that type of guy. But since Trueman believes Ibram X Kendi is somehow representative of CRT (he is not), he should actually read him on this. In this case, Kendi captures well the sentiment of most CRT scholars:

Racial reformers have customarily requested or demanded that Americans, particularly White Americans, sacrifice their own privileges for the betterment of Black people. And yet, this strategy is based on one of the oldest myths of the modern era, a myth continuously produced and reproduced by racists and antiracists alike: that racism materially benefits the majority of White people, that White people would lose and not gain in the reconstruction of an antiracist America. (Stamped From the Beginning, loc. 7980)

END_OF_DOCUMENT_TOKEN_TO_BE_REPLACED 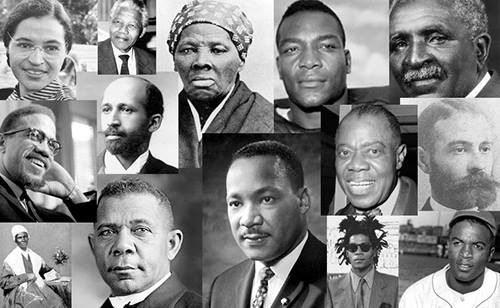 Though I’ve covered Critical Theory generally, I’ve begun a new series on Critical RACE Theory proper, over on The Front Porch! I’m attempting to approach the subject in a more historical manner that I hope will facilitate greater understanding of the subject.

As a layman, I find that learning a subject through its actual historical milieu helps me not only remember the right words, phrases, and concepts, but, more importantly, helps me understand them. And it is understanding which seems most lacking in evangelicalism when it comes to Critical Race Theory (CRT). As such, I hope over the next few posts, in the most conversational manner possible, to not only provide the nuts and bolts of this broad ideology as presented by its chief advocates, but to also, as it were, tell the story of CRT, before moving into any critical assessment.

So grateful they were kind enough to publish it! Please take a look and let me know your thoughts!

Part 1: “The Christian and Critical Race Theory, Part 1: A Survey of the ‘Traditional Civil Rights Discourse’”

Part 4: “The Christian and Critical Race Theory, Part 4: Alan Freeman and the Contribution of CLS“

Part 5: “The Christian and Critical Race Theory, Part 5: A Misalignment of Frames: Integrationism“

Part 6: “The Christian and Critical Race Theory, Part 6: A Misalignment of Frames: The ‘New Right’“

Interlude: “The Christian and CRT, an Interlude: The Most Segregated Hour and Liberal Integrationism“

Many who claim to “oppose racism in all its forms,” yet condemn the work of antiracists in modern America, truly believe they are simply hearkening back to a purer, more Christian anti-racism of Dr. Martin Luther King, Jr.

For example, in an article decrying the “identity politics” of modern antiracism, we read:

The Civil Rights Movement, second-wave liberal feminism, and Gay Pride functioned explicitly on these values of universal human rights and did so to forward the worth of the individual regardless of status of race, gender, sex, sexuality, or other markers of identity. They proceeded by appealing directly to universal human rights applying universally. They demanded that people of color, women, and sexual minorities no longer be discriminated against and treated as second class citizens. They insisted that within a liberal society that makes good on its promises to its citizens, everyone should be given the full range of rights, freedoms, and opportunities.

Martin Luther King, Jr., articulated this ethos of individuality and shared humanity explicitly when he said, “I have a dream that my four children will one day live in a nation where they will not be judged by the color of their skin, but by the content of their character.” (James Lindsay, “Identity Politics Does Not Continue the Work of the Civil Rights Movement”)

END_OF_DOCUMENT_TOKEN_TO_BE_REPLACED

[For context, see “A Civil Rights Leader Is Accusing John MacArthur of ‘Lying’ About Where He Was When MLK Died.”]

As many discuss the accuracy of Pastor John MacArthur’s oft told experience with John Perkins and Charles Evers the night Dr. King was murdered, I’d suggest we need to keep in focus the hypocrisy involved in the very telling of these stories. MacArthur often offers such tales to bolster his Civil Rights bona fides before going on to criticize the so-called “social justice” movement in the Church. He prefaced his very first post in a series attacking modern Racial Reconciliation (RR) advocates with the same. Immediately after claiming, “[w]e were also shown the place where James Earl Ray stood on a toilet to fire the fatal shot,” he declares the following with bolstered accreditation: