Please see the previous post, “‘Racism Isn’t the Problem, Sin is the Problem!’ : A Brief Clarification,” for some needed context for what follows here.

The Jew/Gentile conflict throughout the New Testament is often either (1) leveraged to prove there should be no recognition of race and ethnicity in Christ (“no Jew, no Gentile”), or (2) is denied to have anything to do with race and ethnicity since it is properly a covenantal/religious conflict. Others—those I’d agree with—see this conflict as an indispensable Biblical example of both definitive unity in Christ and a call to seek progressively lived unity in the Body. I hope, in what follows, to provide some clarity to the similarities and differences between the New Testament Jew/Gentile conflict and the White/Black conflict we have inherited in the United States.

END_OF_DOCUMENT_TOKEN_TO_BE_REPLACED

A few questions have come up over and over while discussing the issue of racial and ethnic reconciliation, so I’ve thought it best to pause my “What Is & Isn’t Being Said” series to offer some brief clarifications. Each should be taken quite narrowly, as addressing only that which is mentioned. E.g., below, this clarification does not address the wider social applications beyond the body of Christ, which will be addressed later. It also does not address the history of those who knew and preached the gospel, yet nevertheless promoted, defended, and preserved racist ideas.

“Racism Isn’t the Problem, Sin Is the Problem!” : A Brief Clarification

The problem isn’t ‘racism’, or any other ‘ism’ for that matter, but the congenital sin nature we each bear in our heart. The gospel makes this perfectly clear, particularly in Mark 7:17-23. Racism is ‘dealt with’ the same as any other sin. This is not rocket science, folks. SMH! (Darrell B. Harrison via Twitter)

I do not intend to pick on Mr. Harrison in particular, but his statement above does reflect a common sentiment among evangelicals. “Racism isn’t the problem, sin is the problem, and only the gospel can change the heart”; or, “racism is sin, and the only remedy for sin is the gospel.” Statements such as these seem quite correct on the surface. It is certainly true that all sin is from the heart. It is also true that only Jesus can change the heart. And it is true that the gospel is the only ultimate remedy for sin. But it seems odd, at least to me, to then conclude that a retelling of the gospel—in most evangelical cases narrowly defined as something like the incarnation, death, and resurrection of the Son of God—is the only remedy to be applied, or even suggested, and that little to no detailed discussion, research, or acknowledgement of specifics is required. We certainly don’t do this with other sins that plague the Church.

END_OF_DOCUMENT_TOKEN_TO_BE_REPLACED 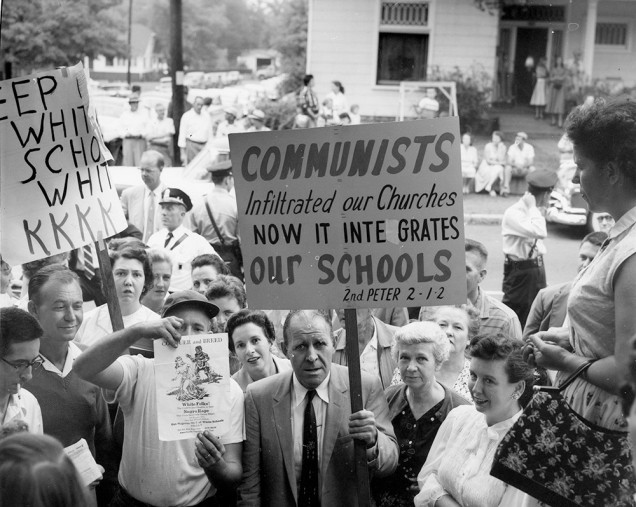 [To be 100% clear, I do not believe that John MacArthur would agree with the image above, nor have anything but condemnation for its message. I have only used this image to reflect the attitude of many American Christians throughout our history. The image is about the content below, not John MacArthur.]

Though John MacArthur’s most recent article on Racial Reconciliation (RR) continues to rely mostly on innuendo with no attempt to connect the dots, “this sounds like that so it must be that” type reasoning, and reads more like baptized conservative politics, there are nevertheless two points I would like to briefly respond to here.