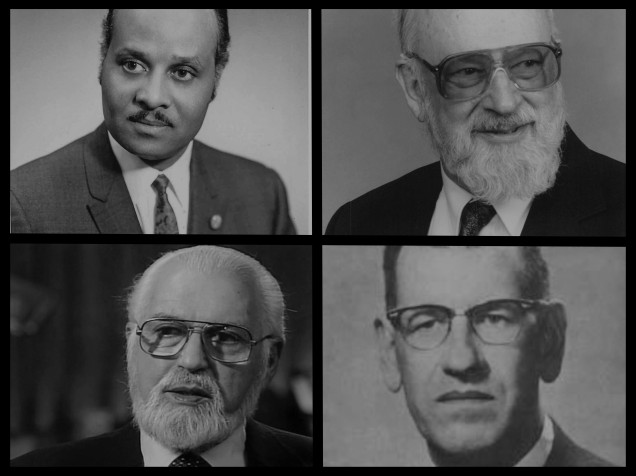 In this article, I hope to give some idea of the state of the race debate among conservative Presbyterians, especially those associated with the Orthodox Presbyterian Church (OPC) and those who would later form the Presbyterian Church of America (PCA), just following the passage of the Civil Rights Act in 1964. This will be done through the lens of The Presbyterian Guardian and will feature a discussion of C. Herbert Oliver’s articles condemning segregation, Morton H. Smith’s article defending segregation, and letters to the editor written by R. J. Rushdoony, E. J. Young, and other Reformed and Presbyterian believers of the day. My hope is that as we reflect on these articles and the state of the debate in 1964, we will see that while much has changed, much of the opposition has remained the same.

END_OF_DOCUMENT_TOKEN_TO_BE_REPLACED

As it becomes ever more clear that the tide is turning in the Reformed world toward various forms of Theistic Evolution, I find myself in increasingly deep and troubled water as a layman and a (relatively) Young Earth Creationist. I very much would love to sink back into the plush easy chair of academic concord, prepared so comfortably by Kline, Waltke, Walton, BioLogos, and the like, but I simply find it impossible to do so. Yes, I am familiar these authors’ work—the first question I am always asked when I come clean on my archaic disposition is, “haven’t you read The Lost World of Genesis?” No, my friend and brother, I do not hold to my position because I can’t distinguish genres, or don’t have knowledge of ANE texts. Nor is it that I reject science as an enemy of the Gospel; in fact, I love science and am not among those who think scientists are proceeding on fundamentally false assumptions and/or methods. Rather, whether I like it or not, I find myself inexorably and inescapably conscience bound to (among others) the following four maxims: