[The following selctions are from Gregory of Nazianzus’ Oration 29 and Oration 38, the latter delivered on Christmas Day 380 AD.]

Christ is born, glorify Him!

Christ from heaven, go out to meet Him. Christ on earth; be ye exalted. Sing unto the Lord all the whole earth; and that I may join both in one word, Let the heavens rejoice, and let the earth be glad, for Him Who is of heaven and then of earth. Christ in the flesh, rejoice with trembling and with joy; with trembling because of your sins, with joy because of your hope. Christ of a Virgin; O you Matrons live as Virgins, that you may be Mothers of Christ. Who does not worship Him That is from the beginning? Who does not glorify Him That is the Last?

END_OF_DOCUMENT_TOKEN_TO_BE_REPLACED 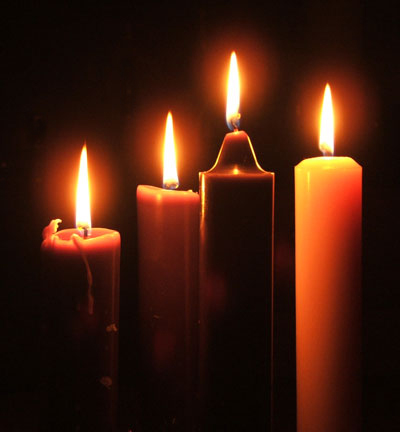 With Christmas only four days away, I fear that many so-called “Calvinists” inadvertently limit the joy, comfort, and grandeur of the celebration by inadvertently limiting the scope of the Incarnation itself. Christmas is not just for the elect. The event to be celebrated brings with it a message of redemption to any and all who will hear and believe. “This is a faithful saying and worthy of all acceptance, that Christ Jesus came into the world to save sinners, of whom I am chief” (1 Tim. 1:15). The very nature of the Incarnation itself assures us of the universal right to forgiveness of sins and eternal life to all who would hear and believe the Gospel of our Lord’s birth, death, and resurrection. And this should be of great comfort, not only to the believer’s own fearful heart, but to all of God’s image bearing creatures: “Believe on the Lord Jesus Christ and you will be saved” (Acts 16:31).

This message is encapsulated in (probably) the most famous and oft quoted passage, John 3:16: “ For God so loved the world that He gave His only begotten Son, that whoever believes in Him should not perish but have everlasting life.” In it, we see the motivation for the great Christmas event (God’s love), the event itself (God gave), and the universal nature of the message it proclaims (whoever).

END_OF_DOCUMENT_TOKEN_TO_BE_REPLACED

When Christ first came to His own, what caused the majority of His own to reject Him while others received Him gladly and with joy?  What was it that differentiated a Mary, an Elizabeth, a Simeon, or an Anna from the masses that would in thirty plus years cry, “crucify him, crucify him!”?  All were children of Abraham, all had the same Law, read the same prophets, and even believed that a Messiah would indeed come.  So, what differentiated the saints from the serpents at His arrival?

Luke, I believe, gives us the answer in his Gospel account.  When the Christ child, but eight days old, was brought to the Temple for circumcision, we are presented with two saints, each receiving Him joyfully as the expected Messiah. First Simeon:

And behold, there was a man in Jerusalem whose name was Simeon, and this man was just and devout, waiting for the Consolation of Israel, and the Holy Spirit was upon him. And it had been revealed to him by the Holy Spirit that he would not see death before he had seen the Lord’s Christ. (Luke 2:25-26)

END_OF_DOCUMENT_TOKEN_TO_BE_REPLACED

While reading Joshua Torrey’s A Lying Spirit over the weekend, I began to ponder again Gregory of Nyssa’s view of the Incarnation and Atonement. The fit is quite natural, both considering “holy deception” (as Torrey calls it)—the former explaining and justifying, the latter applying to the cloaking of God in flesh.

Torrey reviews many examples of deception in the Bible, from God employing a lying spirit to deceive a wicked king, to Rahab’s concealment of the Hebrew spies in the City of Jericho, to Solomon’s baby splitting ruse, in each case quoting the approval God and the commendation of Biblical authors. The book itself is set against the backdrop of Project Veritas’s recent public outing of Planned Parenthood’s wicked and disgusting practices. Deception was plainly used in gaining access to the facilities and employees, earning their confidence and gathering information. The question is, were these methods Biblically justifiable? Torrey answers, “yes.” He bases this not only on many in-kind Biblical examples, but in particular on the apparent narrative theme of deception used to despoil the Deceiver, all in order to save life, subvert the forces of injustice, and further God’s own historical redemptive program.

But of most interest to me, relative to Gregory of Nyssa, is Torrey’s observation that,

END_OF_DOCUMENT_TOKEN_TO_BE_REPLACED

God is not only “one” numerically, He is also one of kind, or better, one without kind; He is the only God and He is not an individual member of a class of like beings, for there is no such class: He is unitas singularitatis. And not only is God one in number, admitting no kind or genus, He is also one in Simplicity; He is unitas simplicitatis. The latter sense of God’s one-ness is what theologians commonly refer to as the doctrine of Divine Simplicity. Stated briefly, the doctrine acknowledges the Biblical truth that God is not composed of parts.

END_OF_DOCUMENT_TOKEN_TO_BE_REPLACED

“Some of God‘s love is unconditional. Some is not. This love is not: ‘He who loves me will be loved by my Father.’ John 14:21” ~John Piper

After reading the above tweet this morning, I was reminded yet again of another illuminating portion of the Desiring God pastors’ conference entitled, “Sanctification by Faith Alone.” We had transcribed a portion of it before, but I think the section from the panel discussion below helpfully fleshes out the meaning and intention of Piper’s tweet. This is by no means intended as a “Gotchya!” quote, but there are nevertheless some disturbing, strange, and even TMI elements. (And to be fair, some very good points re: Michael Card.) I especially like the supposed transition from unconditional love to conditional love after Regeneration.

The following is in answer to the question (paraphrased), “Is God’s love conditional?”