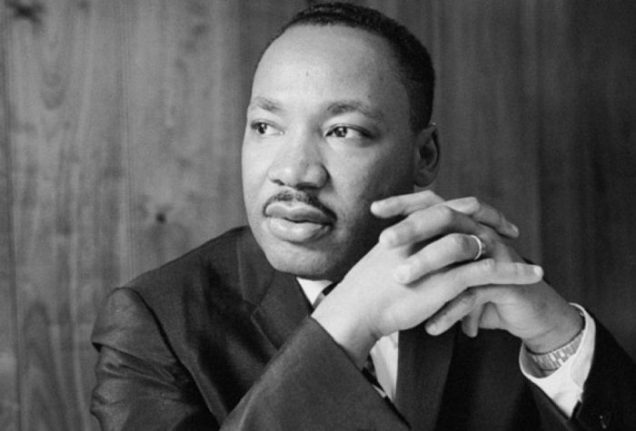 Many who claim to “oppose racism in all its forms,” yet condemn the work of antiracists in modern America, truly believe they are simply hearkening back to a purer, more Christian anti-racism of Dr. Martin Luther King, Jr.

For example, in an article decrying the “identity politics” of modern antiracism, we read:

The Civil Rights Movement, second-wave liberal feminism, and Gay Pride functioned explicitly on these values of universal human rights and did so to forward the worth of the individual regardless of status of race, gender, sex, sexuality, or other markers of identity. They proceeded by appealing directly to universal human rights applying universally. They demanded that people of color, women, and sexual minorities no longer be discriminated against and treated as second class citizens. They insisted that within a liberal society that makes good on its promises to its citizens, everyone should be given the full range of rights, freedoms, and opportunities.

Martin Luther King, Jr., articulated this ethos of individuality and shared humanity explicitly when he said, “I have a dream that my four children will one day live in a nation where they will not be judged by the color of their skin, but by the content of their character.” (James Lindsay, “Identity Politics Does Not Continue the Work of the Civil Rights Movement”)

They promote the ethic of “color-blindness,” reject the idea of “systemic racism,” treat “racism” as a universal problem of all “races,” as a matter of interpersonal hatred, believe those who speak of, e.g., “Whiteness” are just sowing division, and point to a portion or two of one speech from Dr. King as the premier example of what it means to actually oppose racism. In fact, they “hate racism”—just ask them.

But if they really want to appeal to Dr. King—and I wholly welcome them to do so—they’re going to have to listen to him first, including his own understanding of what constitutes “racism,” injustice, love, power, and the reality of systemic racism.

To begin with, how did Dr. King identify “racism”?

What is racism? Dr. George Kelsey, in a profound book entitled Racism and the Christian Understanding of Man, states that

Racism is a faith. It is a form of idolatry… In its early modern beginnings, racism was a justificatory device. It did not emerge as a faith. It arose as an ideological justification for the constellations of political and economic power which were expressed in colonialism and slavery. But gradually the idea of the superior race was heightened and deepened in meaning and value so that it pointed beyond the historical structures of relation, in which it emerged, to human existence itself. (Where Do We Go From Here?, p. 73)

Racism, King argues, is “the myth of inferior peoples” (p. 75) and was the justification for exploitation, not the cause of racial exploitation. Again,

It seems to be a fact of life that human beings cannot continue to do wrong without eventually reaching out for some rationalization to clothe their acts in the garments of righteousness. And so, with the growth of slavery, men had to convince themselves that a system which was so economically profitable was morally justifiable. The attempt to give moral sanction to a profitable system gave birth to the doctrine of white supremacy. (p. 76-77)

And even after the passage of the Civil Rights and Voting Rights acts, he writes,

As early as 1906 W. E. B. Du Bois prophesied that “the problem of the twentieth century will be the problem of the color line.” Now as we stand two-thirds into this exciting period of history we know full well that racism is still that hound of hell which dogs the tracks of our civilization. (p. 183)

He further decried the economic system of his day,

We have come a long way in our understanding of human motivation and of the blind operation of our economic system. Now we realize that dislocations in the market operation of our economy and the prevalence of discrimination thrust people into idleness and bind them in constant or frequent unemployment against their will. The poor are less often dismissed from our conscience today by being branded as inferior and incompetent. (pp. 171-172)

He argued that “Negroes,” “who have a double disability” (at the intersection of race and class) must be lifted up, for they had no bootstraps left them through the ravages of history (p. 173; see also this video wherein Dr. King explains the need of black Americans for economic uplift).

We must recognize that we can’t solve our problem now until there is a radical redistribution of economic and political power…. This means a revolution of values and other things. We must see now that the evils of racism, economic exploitation, and militarism are all tied together… you can’t really get rid of one without getting rid of the others… the whole structure of American life must be changed. America is a hypocritical nation and [we] must put [our] own house in order. (“Report to SCLC Staff [May 1967]”)

And this redistribution is primarily a matter of POWER—even Black Power, which is not itself racist according to King, but rather loving:

It is inaccurate to refer to Black Power as racism in reverse, as some have recently done. Racism is a doctrine of the congenital inferiority and worthlessness of a people. (Where Do We Go From Here?, p. 49)

Indeed, one of the great problems that the Negro confronts is his lack of power. From the old plantations of the South to the newer ghettos of the North, the Negro has been confined to a life of voicelessness and powerlessness. Stripped of the right to make decisions concerning his life and destiny, he has been subject to the authoritarian and sometimes whimsical decisions of the white power structure. The plantation and the ghetto were created by those who had power both to confine those who had no power and to perpetuate their powerlessness. The problem of transforming the ghetto is, therefore, a problem of power—a confrontation between the forces of power demanding change and the forces of power dedicated to preserving the status quo. … Power, properly understood, is the ability to achieve purpose. It is the strength required to bring about social, political or economic changes. In this sense power is not only desirable but necessary in order to implement the demands of love and justice. … There is nothing essentially wrong with power. The problem is that in America power is unequally distributed. (p. 37)

Even the semantics of “whiteness” have “conspired” against Black Americans, according to King:

Even semantics have conspired to make that which is black seem ugly and degrading. In Roget’s Thesaurus there are some 120 synonyms for “blackness” and at least 60 of them are offensive—such words as “blot,” “soot,” “grime,” “devil” and “foul.” There are some 134 synonyms for “whiteness,” and all are favorable, expressed in such words as “purity,” “cleanliness,” “chastity” and “innocence.” A white lie is better than a black lie. The most degenerate member of a family is the “black sheep,” not the “white sheep.” Ossie Davis has suggested that maybe the English language should be “reconstructed” so that teachers will not be forced to teach the Negro child 60 ways to despise himself and thereby perpetuate his false sense of inferiority and the white child 134 ways to adore himself and thereby perpetuate his false sense of superiority. (p. 42)

Finally, Dr. King rightly identifies this all as a relation between the oppressor (White Americans) and oppressed (Black Americans):

The policymakers of the white society have caused the darkness; they create discrimination; they structured slums; and they perpetuate unemployment, ignorance and poverty. (“The Role of the Behavioral Scientist in the Civil Rights Movement“)

In short, the problem of racism in America, even following Brown v Board of Education and the Civil Rights Acts of 1964 – 1965, was not just a problem of individual prejudice for Dr. King, but a problem of systemic racism.

Negroes have been oppressed for centuries not merely by bonds of economic and political servitude. The worst aspect of their oppression was their inability to question and defy the fundamental precepts of the larger society. Negroes have been loath in the past to hurl any fundamental challenges because they were coerced and conditioned into thinking within the context of the dominant white ideology. This is changing and new radical trends are appearing in Negro thought. I use radical in its broad sense to refer to reaching into roots.

… For the first time in their history, Negroes have become aware of the deeper causes for the crudity and cruelty that governed white society’s responses to their needs. They discovered that their plight was not a consequence of superficial prejudice but was systemic.

In the end, you may agree or disagree with his words; but when you reject the ideas and language of many modern antiracists, you are often likewise rejecting the legacy of Dr. King himself, rather than hearkening back to his work.

It is not enough to say, “We love Negroes, we have many Negro friends.” They must demand justice for Negroes. Love that does not satisfy justice is no love at all. It is merely a sentimental affection, little more than what one would have for a pet. Love at its best is justice concretized. Love is unconditional. It is not conditional upon one’s staying in his place or watering down his demands in order to be considered respectable. He who contends that he “used to love the Negro, but … ” did not truly love him in the beginning, because his love was conditioned upon the Negroes’ limited demands for justice. (Where Do We Go From Here?, p. 95)

5 thoughts on “Appealing to Dr. King to Oppose Antiracism is Ignorant, at Best”