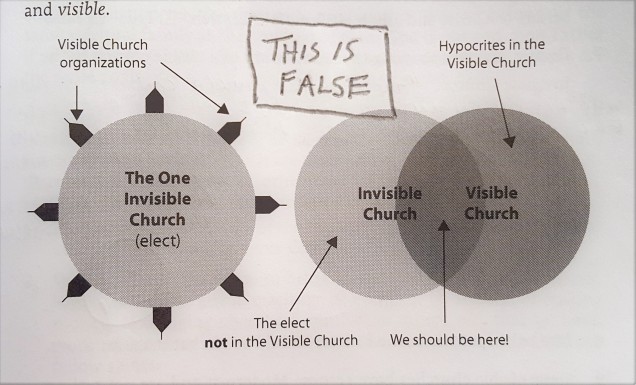 Now that my third and fourth children are studying through the Heidelberg Catechism in preparation for public confession, my annoyance with the above quoted claim has—well, tripled and quadrupled. I had simply marked “FALSE” on the Venn diagram attending these statements in my first two children’s study guides, but now I am fortunate enough to also contribute to a blog. (Thank you Paul!) And it seems, after asking around, that these statements represent a more common sentiment than I had originally thought. I hope to quickly show below that this is not at all what the Catechism teaches, and more importantly that it is not the teaching of the Scriptures.

END_OF_DOCUMENT_TOKEN_TO_BE_REPLACED

This post is a continuation of “Part 3” of the series below, assessing the tradition with respect to John Piper and his defenders:

Rachel Contra Mundum? The 5 Solas and John Piper: Part 3, Beginning at the End: The Marrow Men

Salvation Sola Fide: Martin Luther and the Fruits of Faith

Salvation Sola Fide: John Calvin and the Causes of Salvation

I our first post in this series, “Rachel Miller Contra Mundum? The 5 Solas and John Piper,” we showed from the Heidelberg Catechism and its principal (or sole) author, Zacharias Ursinus, that the instrumental cause of the whole of Salvation is faith. We read the following from the Catechism:

20: Are all men, then, saved by Christ as they have perished in Adam?

A: No; only such as by true faith are engrafted into Him, and receive all His benefits.

We discussed that these “benefits” are the two-fold grace of Justification and Regeneration/Sanctification/Glorification, the first answering to our guilt in Adam and the second to our corruption inherited in Adam. As the Catechism says, we receive both of these benefits by Union with Christ through faith.  And as Ursinus comments,