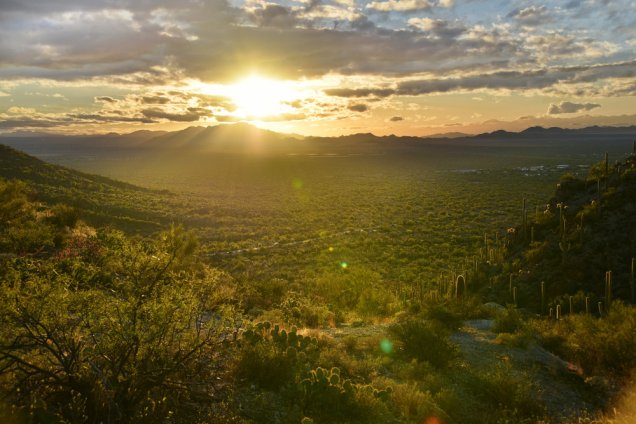 In my Introductory Post to this series, we presumed to agree that all who have ever been saved, are saved, and ever will be saved, are so because of the life, death, and resurrection of the Lord Jesus Christ, and through faith in Him.  But the question was posed, if this is true, how was the redeeming work of Christ administered to the saints in the Old Testament—before Christ had come to do His redeeming work?

The Westminster Confession of Faith expresses well the traditional Reformed Covenant Theological answer to this question. After introducing the “Covenant of Grace” in contrast to that of works, “wherein [God] freely offers unto sinners life and salvation by Jesus Christ,” we read,

This covenant was differently administered in the time of the law, and in the time of the Gospel: under the law it was administered by promises, prophecies, sacrifices, circumcision, the paschal lamb, and other types and ordinances delivered to the people of the Jews, all foresignifying Christ to come; which were, for that time, sufficient and efficacious, through the operation of the Spirit, to instruct and build up the elect in faith in the promised Messiah, by whom they had full remission of sins, and eternal salvation; and is called the Old Testament. (Ch. 7.5)

In short, the answer given was that the redeeming work of Christ was administered in real time to the saints of old by the Old Covenant itself, through the covenant promises of (1) the Seed, (2) the Land, (3) through Circumcision, (4) the Sacrifices, (5) the Law itself, and (6) through Prophecy. Not only were these covenant promises and sacraments the means of administering Christ, they were by His Spirit “sufficient and efficacious” to that end.

And the Scripture, foreseeing that God would justify the Gentiles by faith, preached the gospel beforehand to Abraham, saying, “In you shall all the nations be blessed.” […]Now the promises were made to Abraham and to his offspring. It does not say, “And to offsprings,” referring to many, but referring to one, “And to your offspring,” who is Christ. (Galatians 3:8, 16)

So, Abraham’s faith in the covenant Seed promise was his belief in the Gospel itself and was thereby received as a true faith in Christ. But what was the direct, immediate, temporal object of this faith of Abraham? It was the quite local promise of a son and many offspring:

And Abram said, “Behold, you have given me no offspring, and a member of my household will be my heir.” And behold, the word of the LORD came to him: “This man shall not be your heir; your very own son[b] shall be your heir.” And he brought him outside and said, “Look toward heaven, and number the stars, if you are able to number them.” Then he said to him, “So shall your offspring be.” And he believed the LORD, and he counted it to him as righteousness. (Genesis 15:3-6)

And we are told the content of Abraham’s saving faith by Paul in the Letter to the Romans:

In hope he believed against hope, that he should become the father of many nations, as he had been told, “So shall your offspring be.” He did not weaken in faith when he considered his own body, which was as good as dead (since he was about a hundred years old), or when he considered the barrenness of Sarah’s womb. No unbelief made him waver concerning the promise of God, but he grew strong in his faith as he gave glory to God, fully convinced that God was able to do what he had promised. That is why his faith was “counted to him as righteousness[…]. (Romans 4:18-22)

By believing this covenant promise made to Abraham—as well as to all the Old Testament people and to the Nation of Israel itself—Christ’s redemptive work was applied to him. This was and is also true of his (plural) offspring:

That is why it depends on faith, in order that the promise may rest on grace and be guaranteed to all his offspring—not only to the adherent of the law but also to the one who shares the faith of Abraham[…]. (Romans 4:16)

That is, to all who believed this covenant promise, Old Testament and New Testament.

But on that great day when God covenanted with Abraham and he was declared righteous, by faith, what other promises were given and believed?

On that day the LORD made a covenant with Abram, saying, “To your offspring I give[c]this land, from the river of Egypt to the great river, the river Euphrates, the land of the Kenites, the Kenizzites, the Kadmonites[…]”. (Genesis 15:18-19)

This covenant promise was repeated over and over throughout the Old Testament, and only a partial fulfillment was ever given. But we read in Hebrews that the promise of this Land was also to be believed by faith; again, this promise is called the Gospel itself:

For who were those who heard and yet rebelled? Was it not all those who left Egypt led by Moses? And with whom was he provoked for forty years? Was it not with those who sinned, whose bodies fell in the wilderness? And to whom did he swear that they would not enter his rest, but to those who were disobedient? So we see that they were unable to enter because of unbelief[…]. Therefore, while the promise of entering his rest still stands, let us fear lest any of you should seem to have failed to reach it. For good news came to us [εὐηγγελισμένοι] just as to them, but the message they heard did not benefit them, because they were not united by faith with those who listened. (Hebrews 3:16-4:2)

You see in this passage that the covenant promise of entering the Land is equated to entering God’s Rest. The Land itself was a picture, a sign, a tangible feast of blessings meant to raise the mind to the heavenly rest and the heavenly country. And we see later in the same book:

These all died in faith, not having received the things promised, but having seen them and greeted them from afar, and having acknowledged that they were strangers and exiles on the earth. For people who speak thus make it clear that they are seeking a homeland. If they had been thinking of that land from which they had gone out, they would have had opportunity to return. But as it is, they desire a better country, that is, a heavenly one. Therefore God is not ashamed to be called their God, for he has prepared for them a city[…]. And all these, though commended through their faith, did not receive what was promised. (Hebrews 11:13-16, 39)

The redemptive work of Christ was truly theirs (“all these”) through the administration of the promised Land.  To conclude, John Calvin writes the following on the differences between the Old Covenant and the New:

I hold and think I will be able to show, that they [the differences] all belong to the mode of administration rather than to the substance. In this way, there is nothing in them to prevent the promises of the Old and New Testament from remaining the same, Christ being the foundation of both. The first difference then is, that though, in old time, the Lord was pleased to direct the thoughts of his people, and raise their minds to the heavenly inheritance, yet, that their hope of it might be the better maintained, he held it forth, and, in a manner, gave a foretaste of it under earthly blessings, whereas the gift of future life, now more clearly and lucidly revealed by the Gospel, leads our minds directly to meditate upon it, the inferior mode of exercise formerly employed in regard to the Jews being now laid aside.

Those who attend not to the divine purpose in this respect, suppose that God’s ancient people ascended no higher than the blessings which were promised to the body. They hear the land of Canaan so often named as the special, and as it were the only, reward of the Divine Law to its worshipers; they hear that the severest punishment which the Lord denounces against the transgressors of the Law is expulsion from the possession of that land and dispersion into other countries; they see that this forms almost the sum of the blessings and curses declared by Moses; and from these things they confidently conclude that the Jews were separated from other nations not on their own account, but for another reason–viz. that the Christian Church might have an emblem in whose outward shape might be seen an evidence of spiritual things.

But since the Scripture sometimes demonstrates that the earthly blessings thus bestowed were intended by God himself to guide them to a heavenly hope, it shows great unskilfulness, not to say dullness, not to attend to this mode of dispensation. The ground of controversy is this: our opponents hold that the land of Canaan was considered by the Israelites as supreme and final happiness, and now, since Christ was manifested, typifies to us the heavenly inheritance; whereas we maintain that, in the earthly possession which the Israelites enjoyed, they beheld, as in a mirror, the future inheritance which they believed to be reserved for them in heaven. (Institutes, Bk. 2, CH. 11.1)

We will next consider the sign of Circumcision as a further “sufficient and efficacious” means of administering the redeeming work of Christ to the saints of the Old Testament.

6 thoughts on “How Christ was Administered in the Old Testament: Seed and Land”